Another Summer Festival Win On Trot On!

We love creating winners on Trot On- especially when they are winning £5000 in the WCSA Summer Festival. 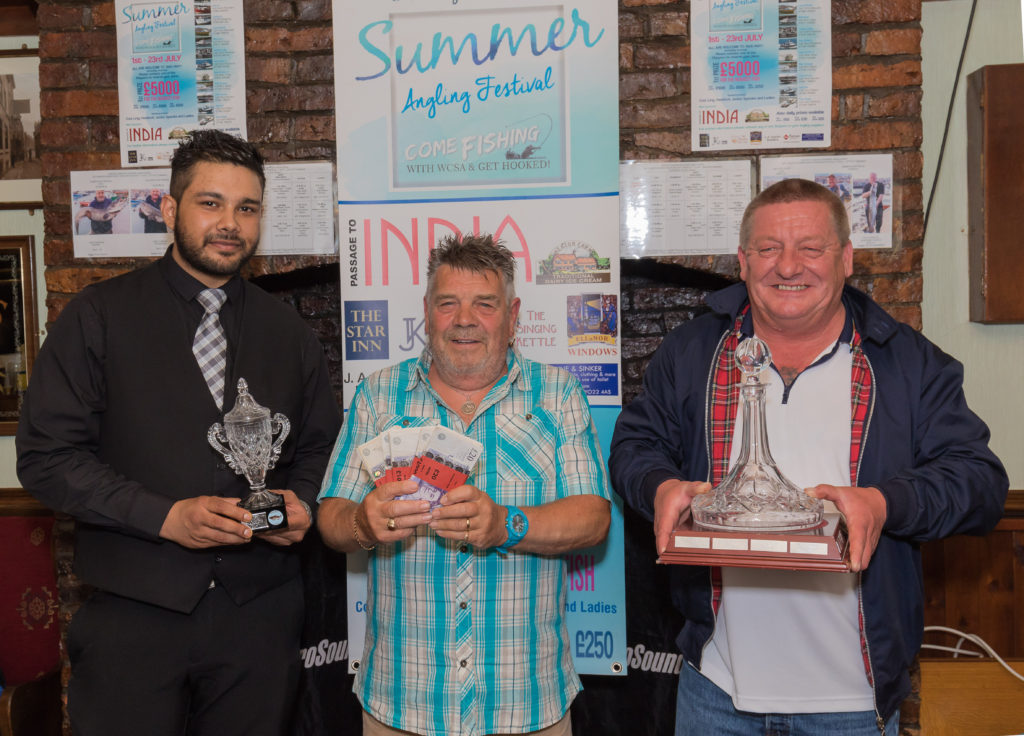 Trot On regular Chris Mangan left it until the last day of the festival to land an amazing 33lb-40z ling, landing him 5 grand and adding another win to the Trot On trophy cabinet. 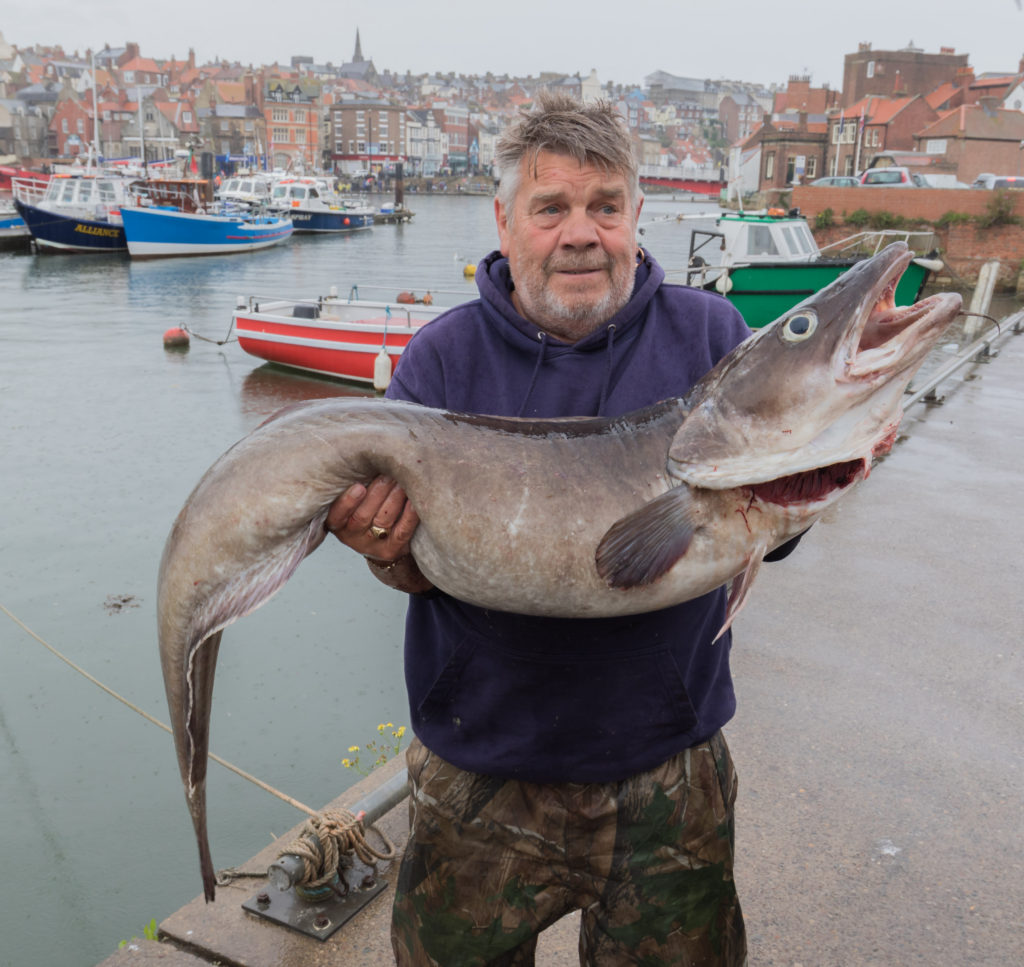 Well done to Chris and if you fancy gettting in on the festival action with the skipper who has landed more top prizes than any other boat then give us a call as Autumn Festival is just around the corner. 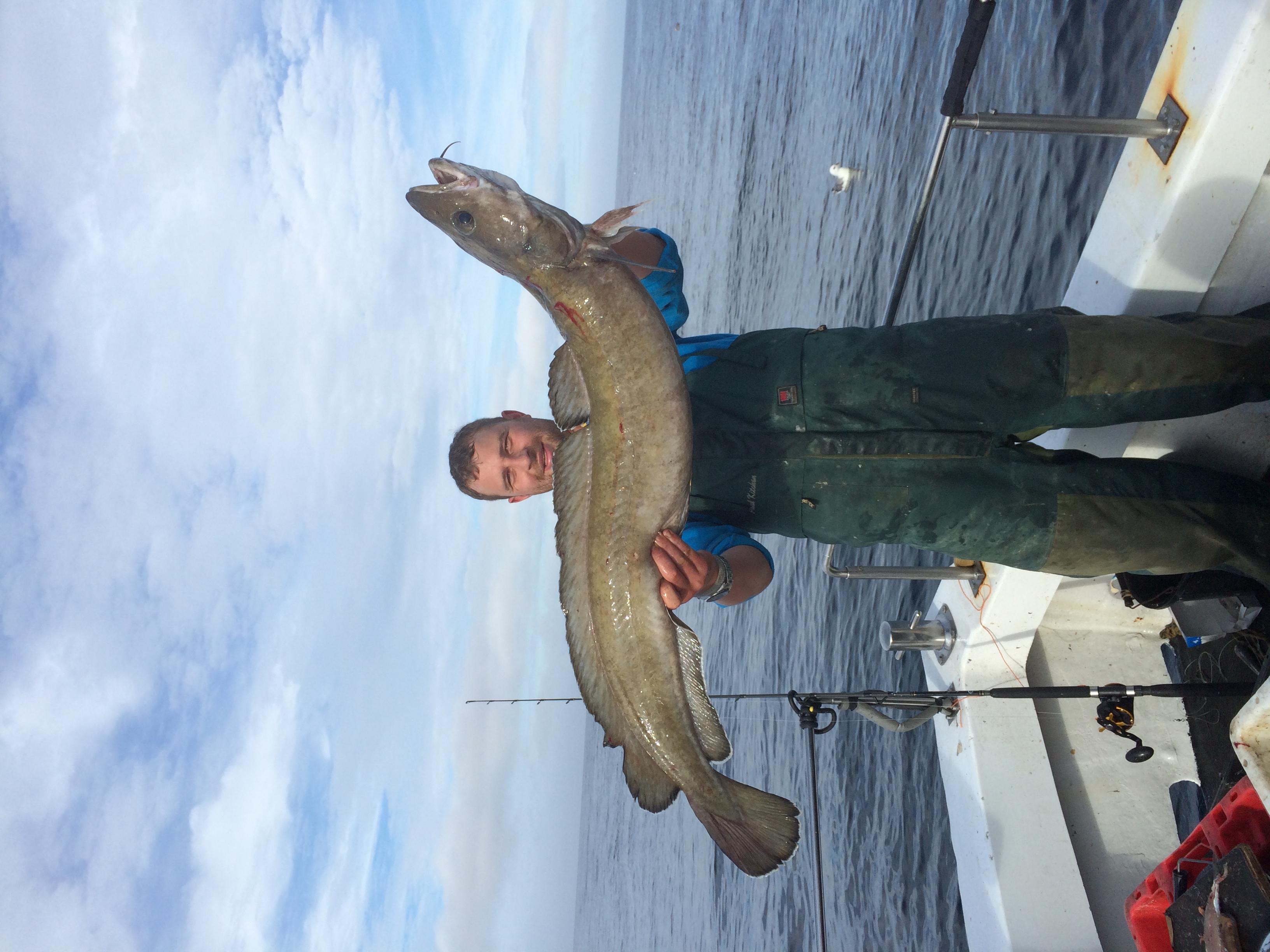 Paul Eddon skippering Trot On has hit the hat-trick to become the first Skipper in  W.C.S.A  history to win a 3rd consecutive W.C.S.A  fishing festival.

Summer Festival 2015 winner Mick Leonard Travelled all the way from Thailand to fish the festival and landed not only a Ling of 24lb 02oz. Mick also collected £5000 for this fish 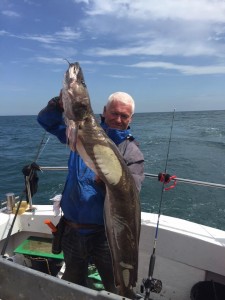 Autumn Festival 2015 winner Paul Kitchen from Leeds with a Ling of 21lb 11oz. Paul collected £1000 for this beauty 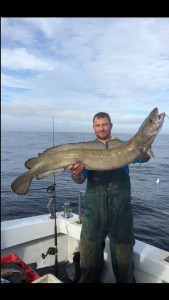 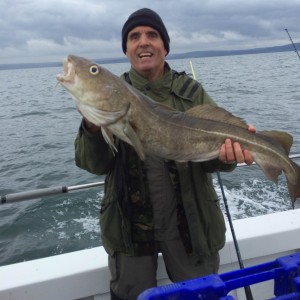 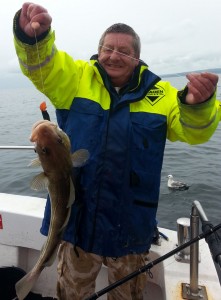 Trot On also had various 1st, 2nd and 3rd in the daily prizes here are a few pictures of them 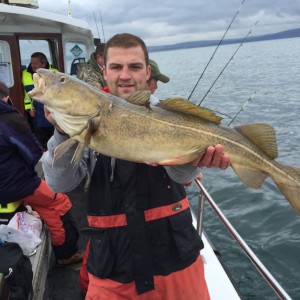 Our own Perry Franklin with a cracking pollack of 11lb 7.5oz that took 1st in the dailys 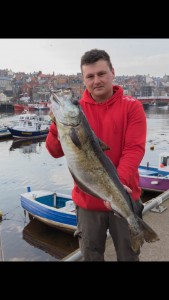 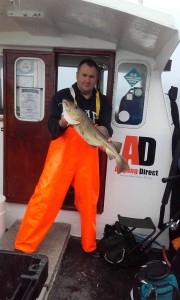 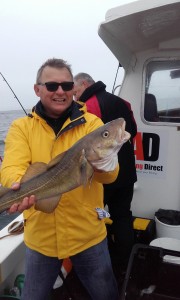 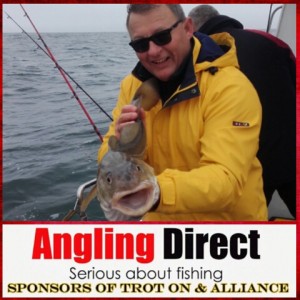 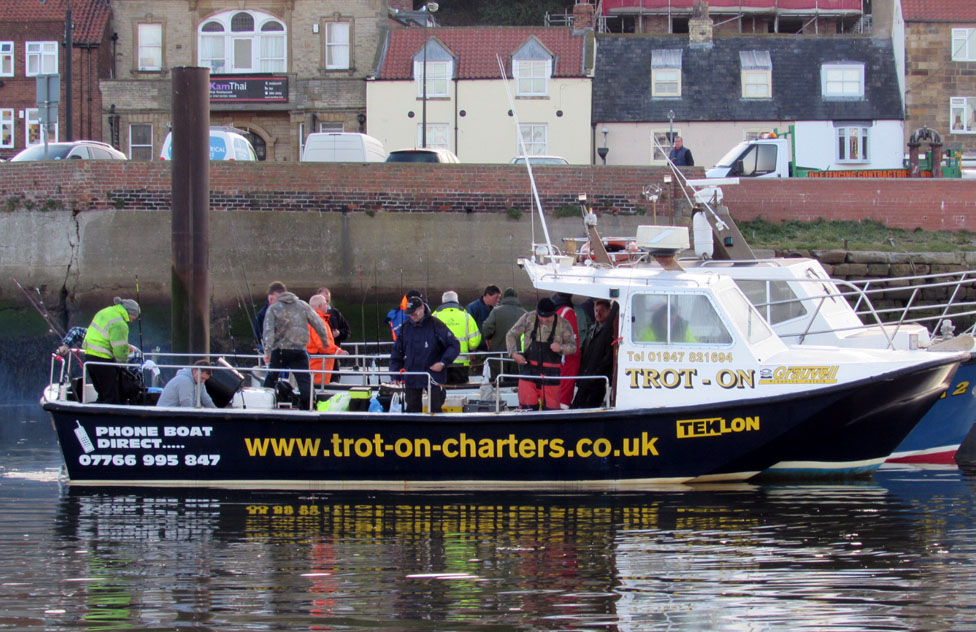 Well what a belting day we have had aboard whitby’s number one charter boat, TROT-ON again has achieved first place in two out of the three WCSA festivals this last year with Mick lenoard and Paul Kitchen both winning 5,000 and 1,000 pound respectively with places and wins in the majority of sections in the summer festival We achieved our most successful summer festival EVER !

Paul Eddon cemented his place as whitbys top skipper and with non festival days producing just as good as the festival times. if 2016 is a improvement on 2015 we really are in for a cracker of a year. 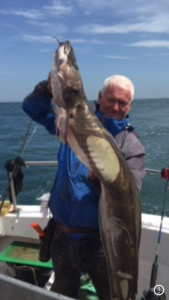 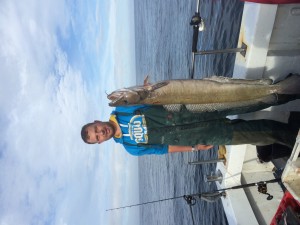 Paul Kitchen with his 1,000 pound fish 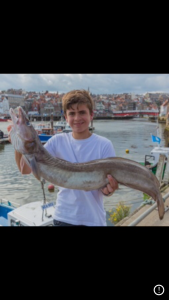 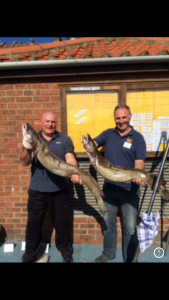 Friday saw us having a few hours uptiding, To try a few marks that Dolly fancied. Having a late start at 10:00 Dolly, Dave,Perry and I headed out to the first mark. On arriving we dropped the anchor and baited up with Worm, Squid and cart.
As soon as the baits hit the bottom the fish were attacking the baits. We were catching steady away with the fish even coming up as double shots. 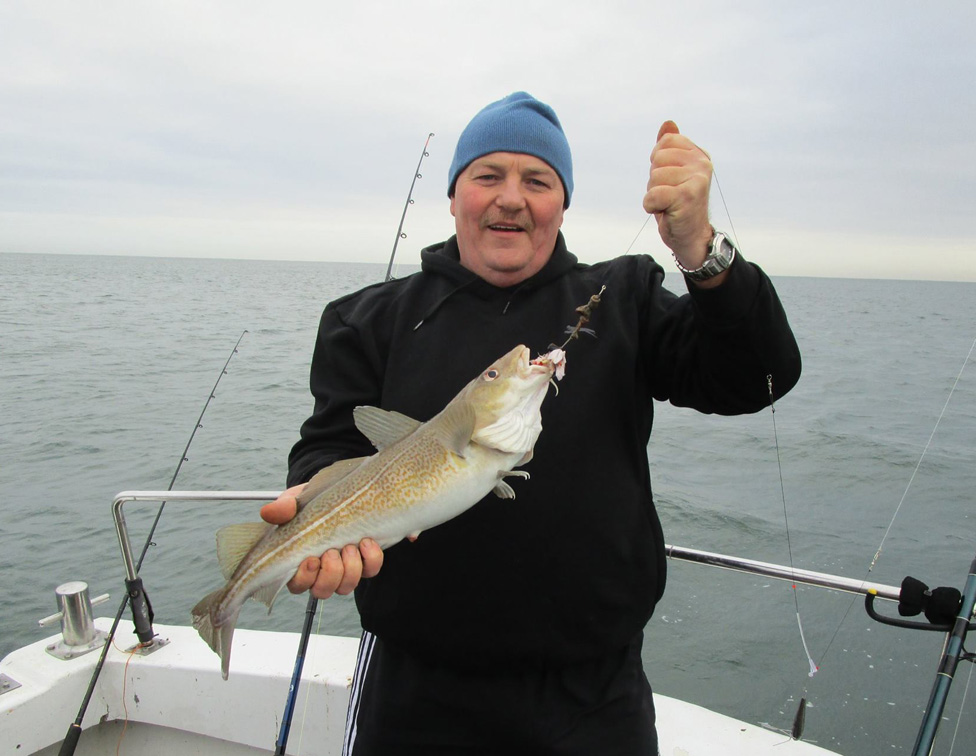 The fish ranged between 1lb-5lb we kept the the bigger ones and the deep hooked ones but returned the majority We fished from about 10:30 to 13:30 and ended up with about 30 or so fish between the 4 of us. The craic was top drawer with poor Perry catching the brunt of it.